My family took a trip to San Diego in March as a combination vacation and to attend the wedding for my cousin Joshua. They were driving in from Phoenix and invited me along. Thanks to some of the craziness of flying standby and a very nice boss I ended up coming into town an hour before they did! What an awesome way to start the trip!

The first thing we did after arriving was head out to the beach. This was the first time that my niece Lily would get to see it, and I was so happy that I was able to be there for it. Of course the ocean being what it is.. the first thing that happened was she was bowled over by a wave, and suddenly scared of it. Papa (my dad) came to the rescue and helped her see how much fun it was, and there was no stopping her after that! This was a common site, Paul chasing her as she was chasing a wave! 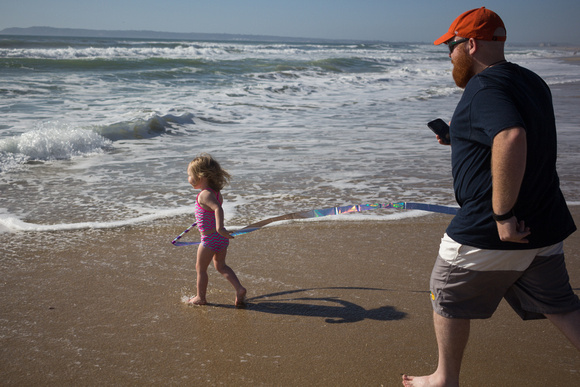 FearlessChasing the waves - hasn't quite figured out they always come back!

After playing in ocean for a while, we decided to cross under the bridge and see what the bay side looked like. It was a completely different experience. The ocean side was all waves and cold water. The bay side was warm and still. Lily enjoyed playing here, but absolutely refused to pose for a photo with her mom and dad. This would become a recurring theme this weekend! 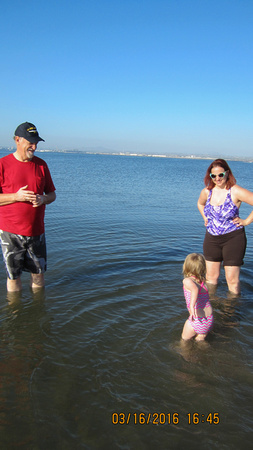 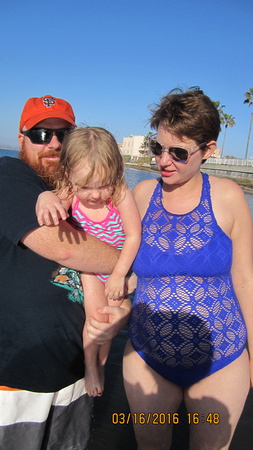 The next day was Sea World! We wanted to visit so Lily could experience a Shamu show while they were still going on. It was a very fun day and we enjoyed exploring. Lily loved petting the animals and most of all, playing with bubbles! 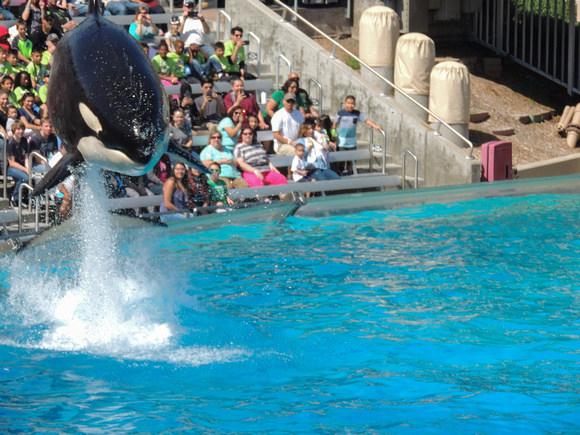 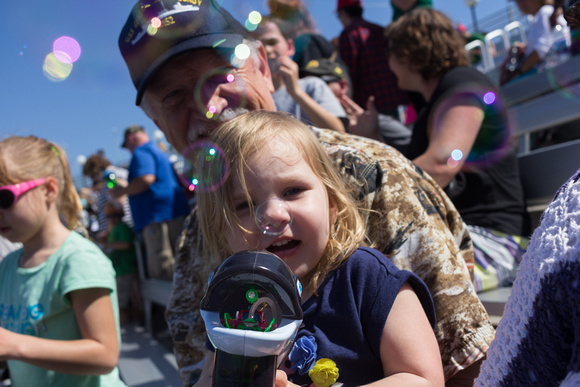 The next day we visited Sea Port Village and Dad convinced us to do a Seal Tour! This was so cool, its a bus/boat that goes straight from driving on the roads to taking us out to sea. None of us had ever done one before, so it was awesome getting to do it together. 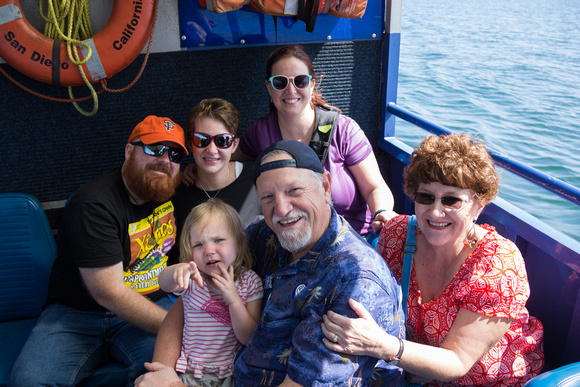 It was a fun trip and I am so happy I was able to join them. We did more, Old Town San Diego, Josh & Ruth's Wedding, and I even heard they made it to the beach with the rest of the family after I hopped a flight back home. The photos below are a compilation of what Mom, Paul, and I took. 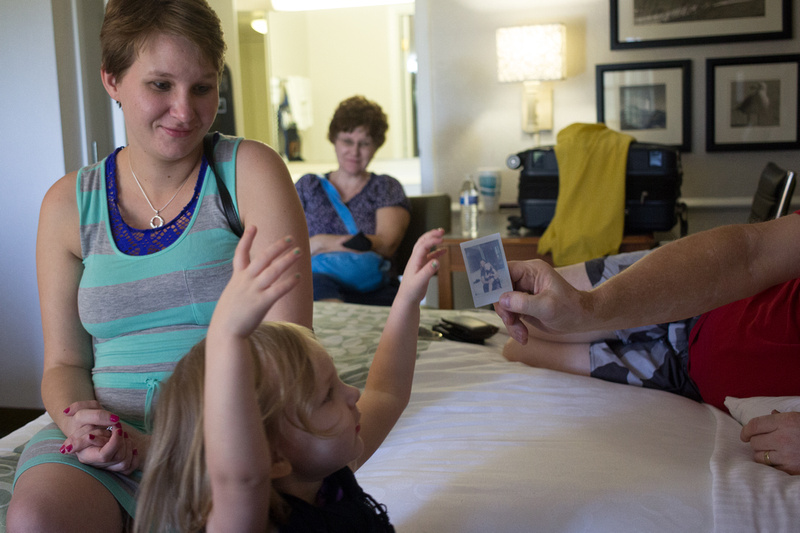