September was a good month for photography. We went out 3 of 4 weekends, and the only reason we missed the 4th weekend was the storm in the mountains. The first 2 trips were all about fall colors, which is one of the reasons I wanted to move here. I absolutely love the fall season. We have been getting really early starts to hit the morning hours for photography and its been working out great. You can see some of these photos here:

However, Saturday that was just not happening. We could not pull ourselves out of bed early enough to make it work, so we fell back to our alternate plans. Sunset photos! This left us with two options, there was a chance for some storms out on the plains, or try a new spot and head back to the mountains for more fall colors. Since we have done fall colors twice this month, the storms won this time.

It started off pretty slow, but it was a low risk day anyway so this was not surprising. There was a very cool looking storm to the south of us, but it was too far away to reach quickly. We decided on a storm closer to us near Cheyenne Wells just south of Burlington.

This wasn't bad, but not super photogenic. Soon after I took this shot it started raining, so we bailed north again trying to figure out what to do next. We then noticed the sun was getting very close to setting already! This one snuck up on us since we got used to the late sunrises from the summer months. It's not unheard of for the sun to set as late as 8:30pm! It was only 6:30pm so it just felt way too early. This is my least favorite part about living here.. it gets dark so early in the winter which makes the days feel extremely short.

We found a lovely field of wheat and got out of the car to setup. As I was getting out of the car I glanced to the east and was astounded to see an amazing full rainbow just sitting there. 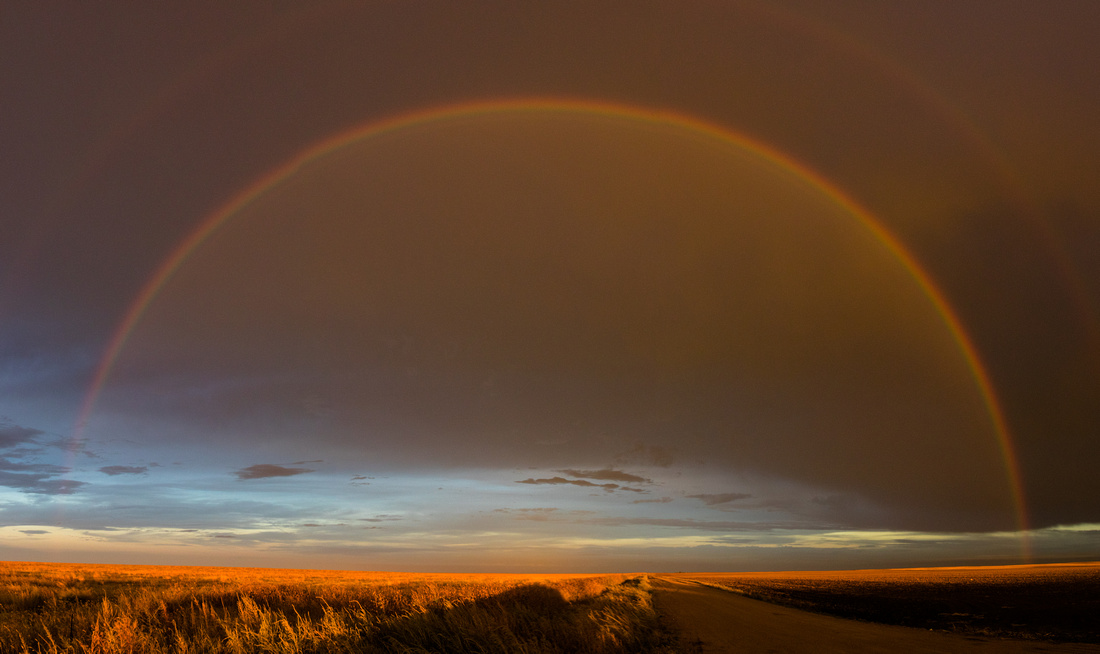 This was the view when we looked to the west. We were surrounded by beauty on both sides. 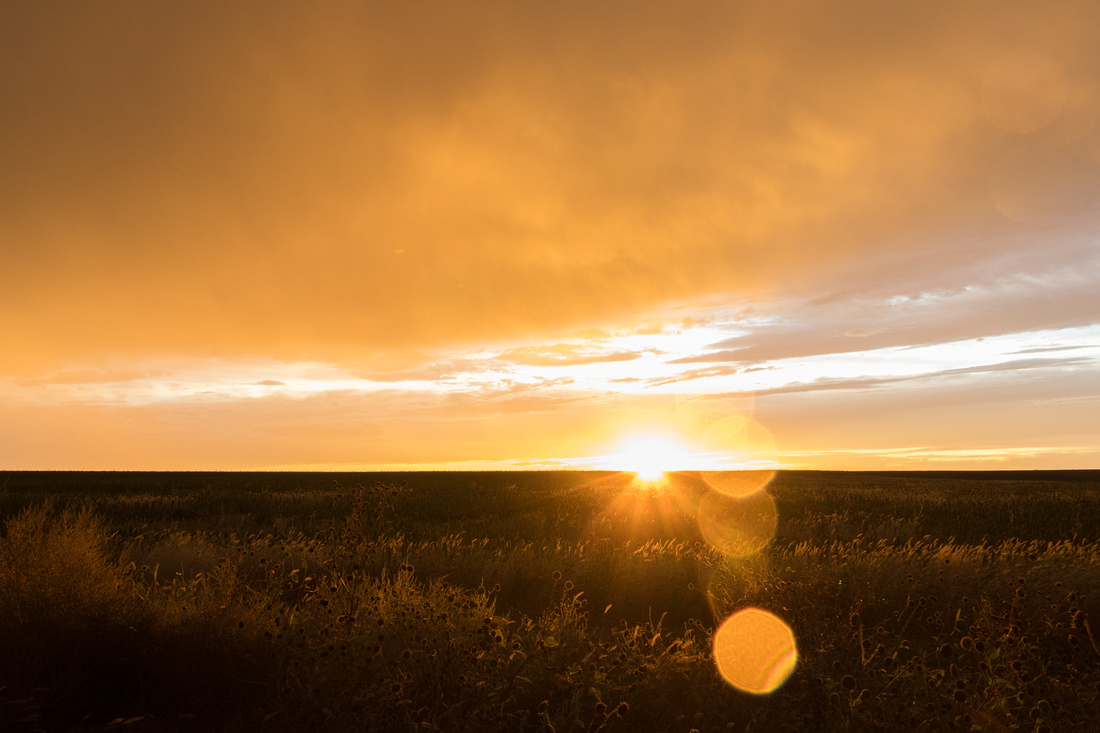 What a wonderful dilemma, I had a blast going back and forth getting photos as the sun was setting. The first shot of the rainbow was the best by far. I also got a ton of photos of the sunset, I have had a hard time picking out my favorites. 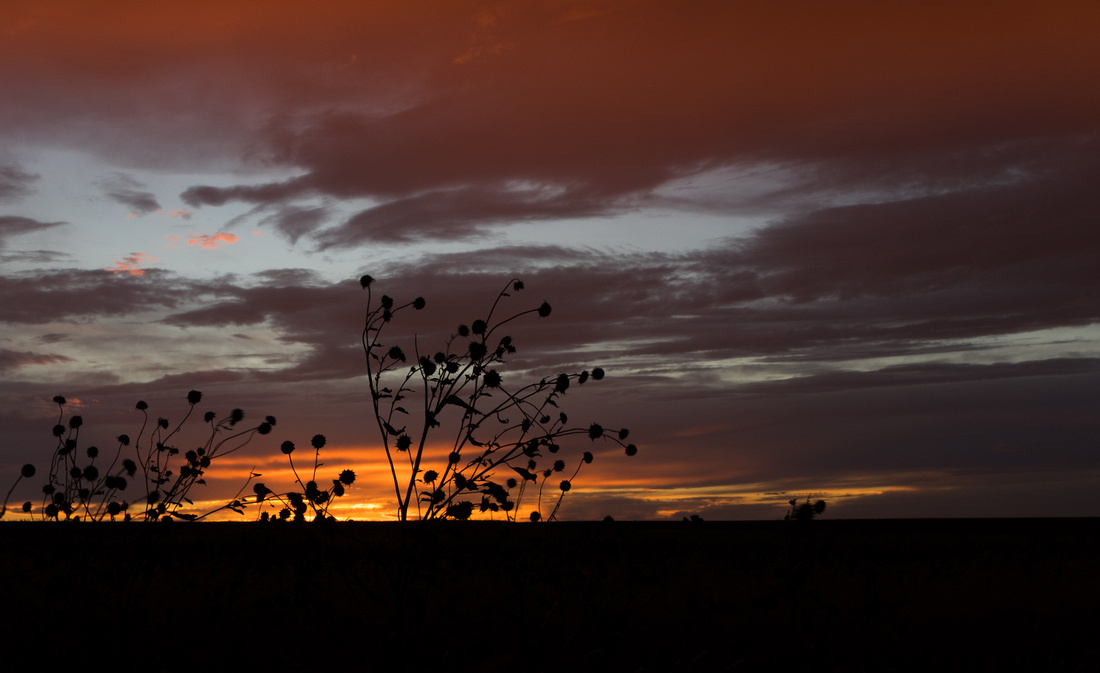 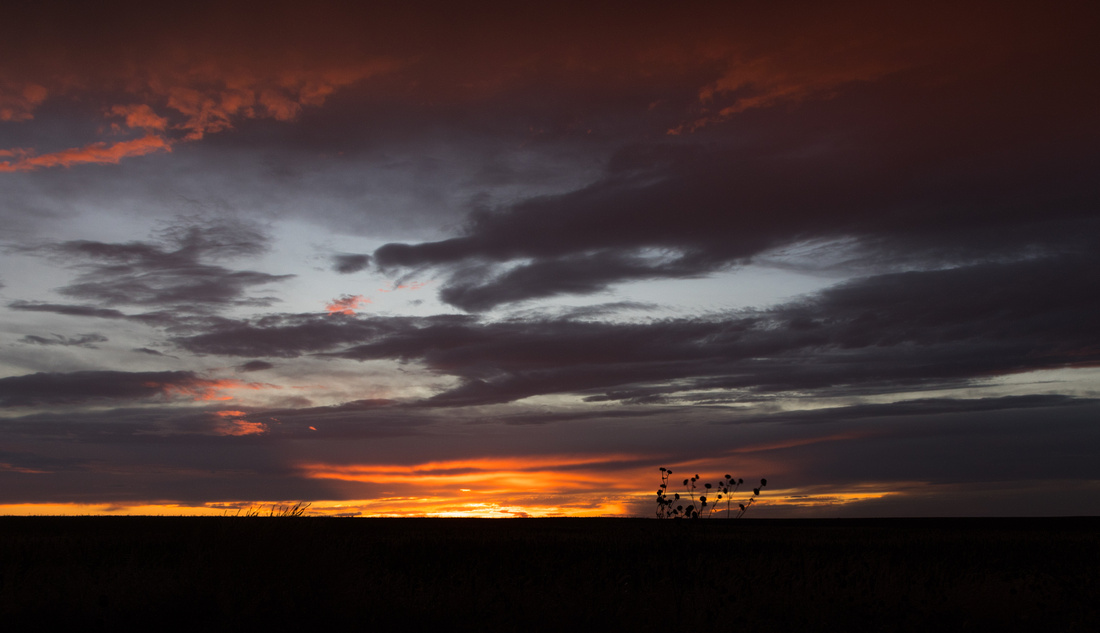 It was the perfect way to end to the day, but not the end of the chase weekend. Where Saturday was a pretty low risk day, Bill told me that Sunday was a much higher risk day. We decided we would head out again, but this trip would send us into Nebraska! This time we needed an earlier start. For details on the actual chase, please check out Bill's blog. He is much better with the details about the weather and why we made the decisions we did. This is just about my love of photography and some of the stories behind the photos.

We started out with this cool little storm by some plants I have no name for.. Please help me out, it looked interesting but I have no idea what type of crop they were! 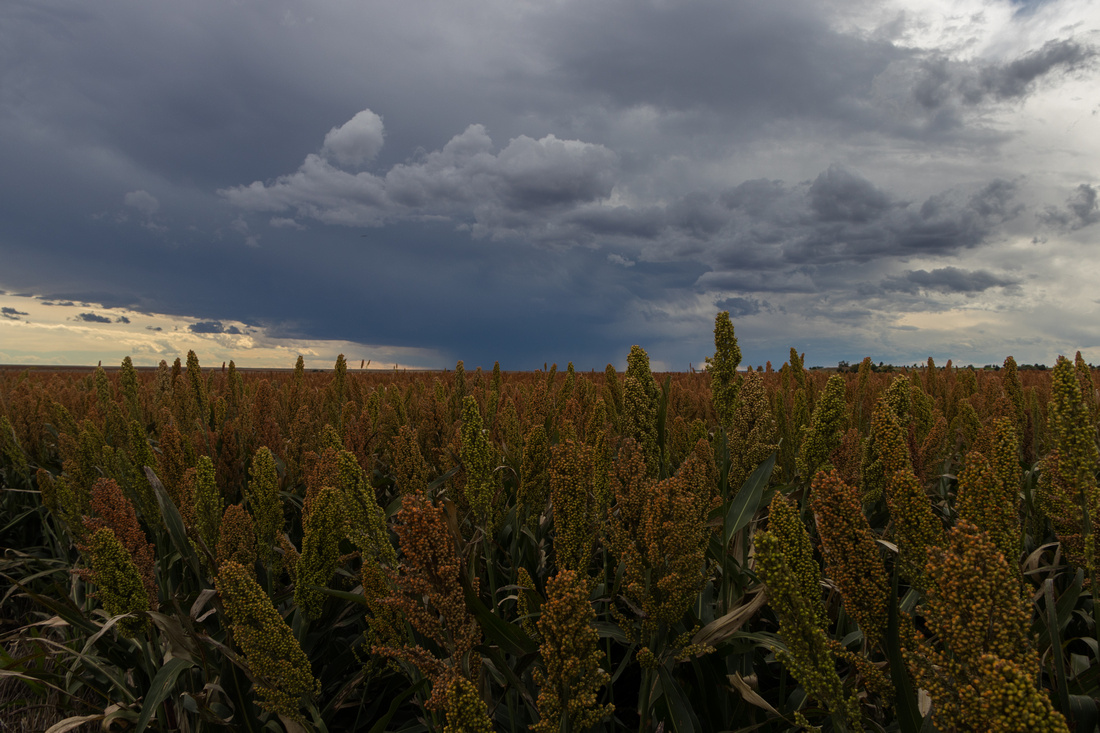 After this cool field we went on to a nice little niche in the storms. We stayed here for a while watching it grow, but we could see the rain and hail coming up the road at us. Really eerie to look down a road and realize you can only see about half what you saw just a few minutes ago. There was just a mist hanging over it that was slowing moving towards us. We took off, and only got hit by some soft squishy hail that didn't do any damage. Yay! 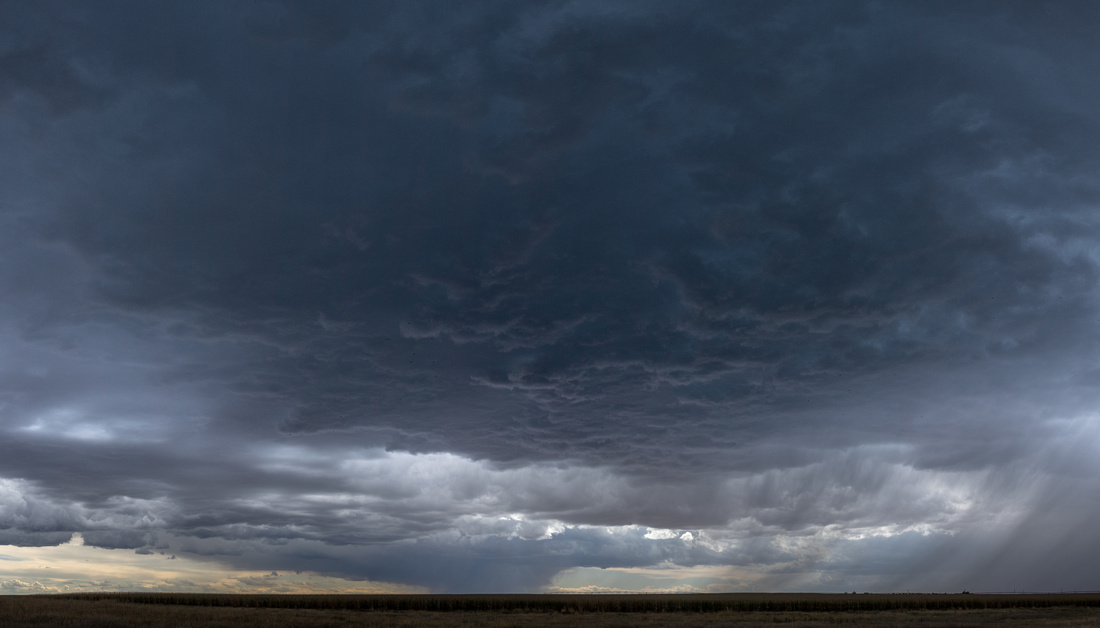 After we left this storm it went severe warned and showed some good signs of producing a tornado! We didn't have a lot of options so we took a gamble and tried to beat it to Imperial, Nebraska. Again.. definitely check out Bill's blog for the details, I am not the weather person of this duo. I just love the beauty of the storms themselves.

While racing to Imperial, we passed this tiny little storm outside Benkelman, Nebraska that was growing like mad. It literally looked like the "little storm that could". So we decided to stick with it and it really paid off! This was a gorgeous storm! And all by itself so it really could show off a bit. It also setup so nicely right next to this hayfield. How accommodating of it!

This thing grew so quickly! Here is it from the other side of the road only half an hour later. The lighting changed due to the side of the storm we were on. 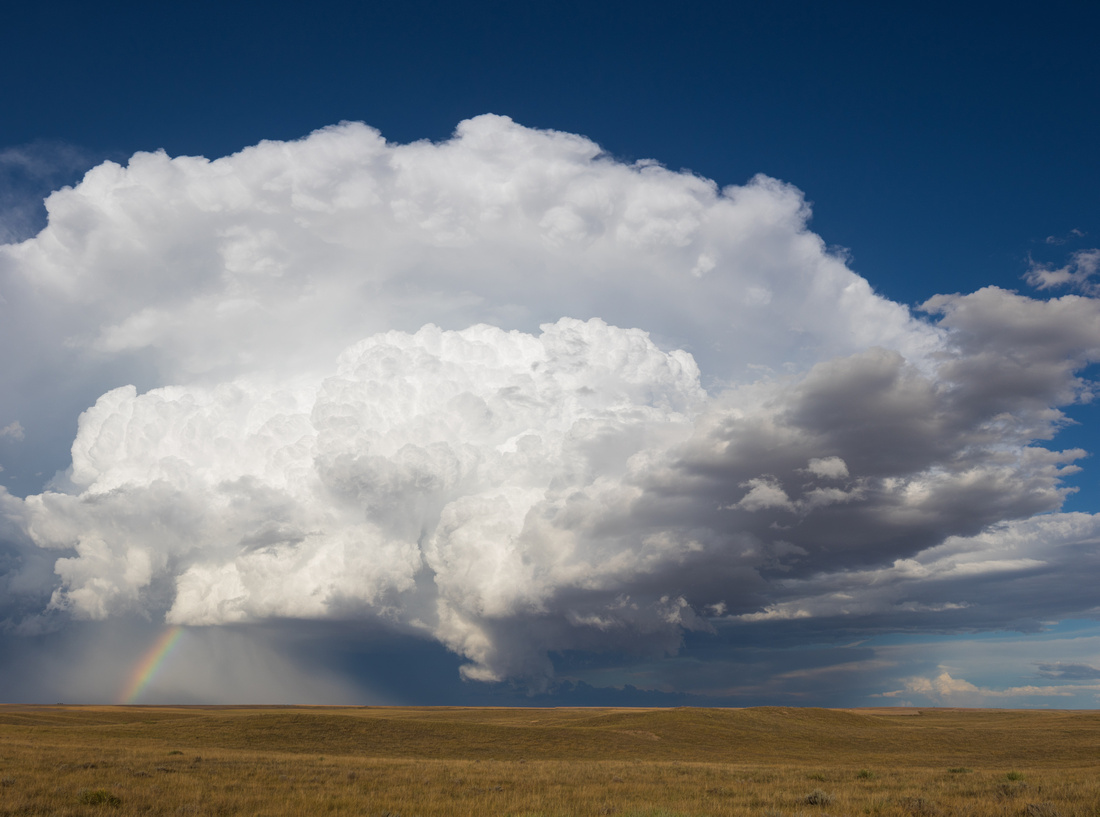 We decided to chase it just a bit further since it has known grown so big it was now the storm everyone was following. We chased it all the way to Hayes Center, Nebraska where we watched it until the sun set. 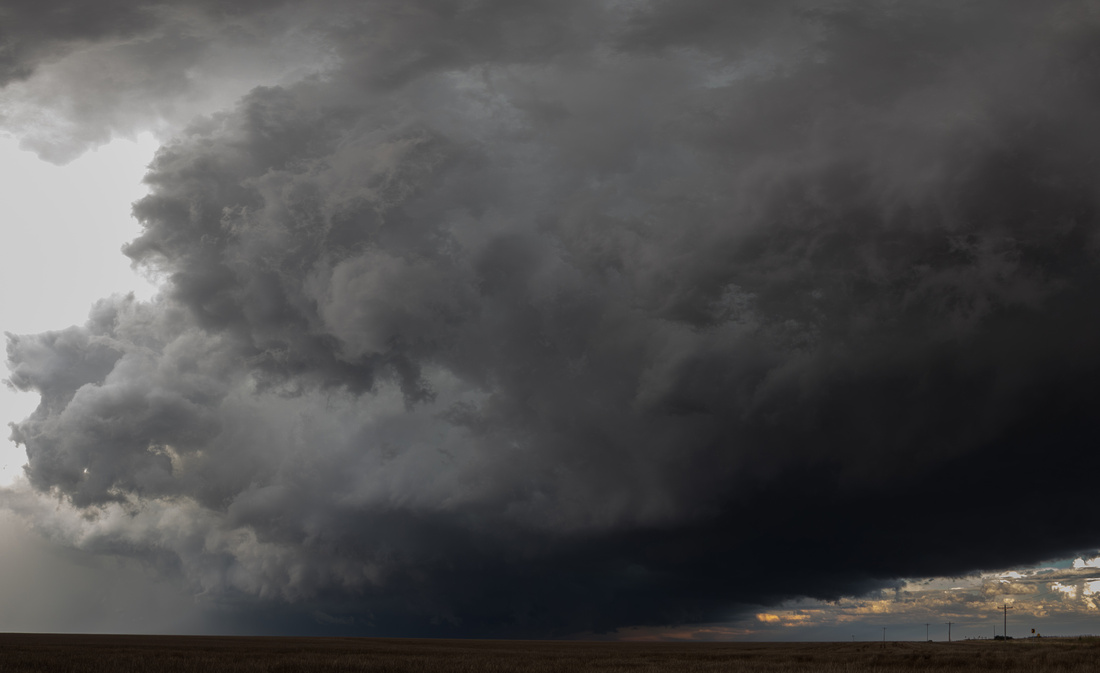 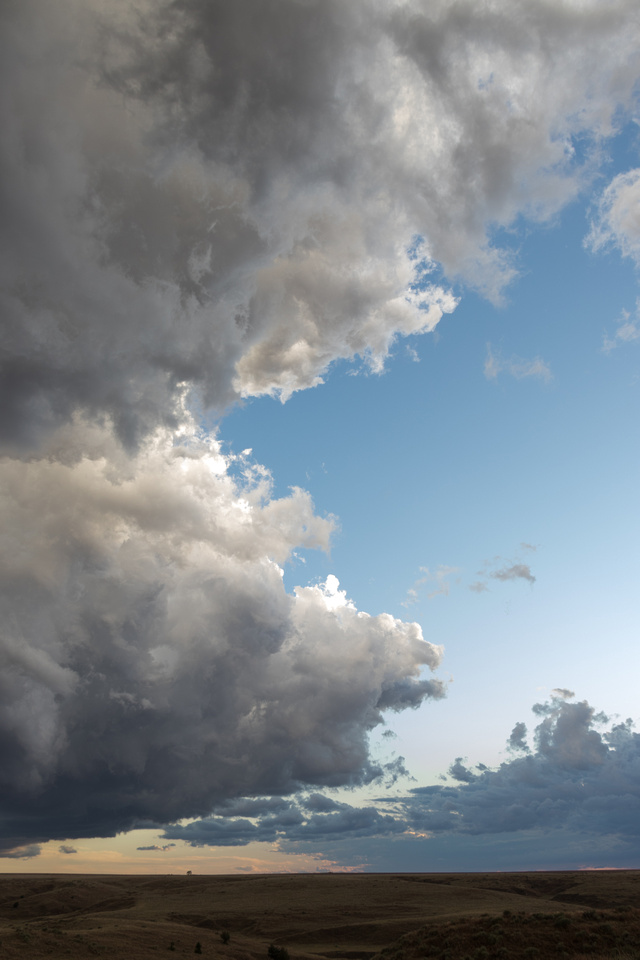 I even managed to get some time-lapse of the storms, something I have been trying to do more of.

We had to give up the chase at this point since we were far from home and work was coming very early the next day. But this was a very enjoyable trip and we got to see some beautiful storms. We both had a great time and would do it again in a heartbeat. Yes, it is definitely a lot of driving. But somethings are worth some legwork to experience.

View all photos/videos from the weekend here: http://www.heathercarrollphotos.com/p1023021637